It may be a mechanical industry or a mechanical workshop or whatever, the use of fasteners are inevitable. It may be a large industry or a small workshop, if you don't prefer permanent joint (welding) then you should use fasteners. There are also many tools to handle these fasteners. Indeed the variety and type of fasteners are vast and it may be difficult to categorize even though there are common classifications which are mainly used. However there are certain fasteners which are standardised and used commonly around the world. Two of the most important fasteners we use around the world are bolts and screws. If you take a bolt then you should know that even that bolt also has many types like Allen bolt, Hexagonal bolt, etc. The tools used to handle these fasteners should be in proper size or else it will slip (removed from fastener) and will make injury. And so we have given the correct tool sizes for the most important and commonly used fasteners. 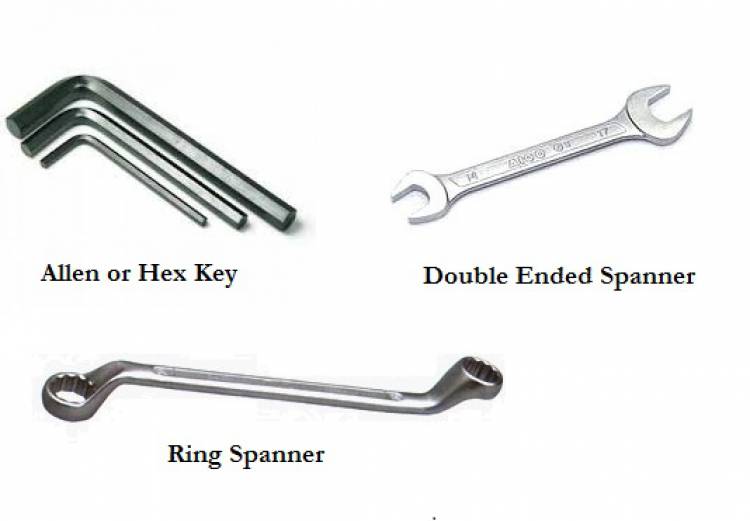 We have given a table for your easy selection of proper size of tools.

If you are unfamiliar of these types of bolts and screws, you can refer the images given below the table for the proper identification of bolts and  screws.

Note: The exact spanner size is the bold number.

If you don't know the exact bolt or unfamiliar with these bolts kindly refer the table below.

1) If you are interested to know about the metric bolt head sizes then follow the link below:

If you have any queries, kindly leave a comment below.

How does the water or juice move upwards through the straw while drinking?