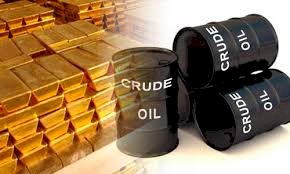 But it is only in the middle of 19th century that its consumption would be exploded.

Europe and north America in the midst of industrial revolution have rapidly increasing energy requirements that are met mainly by coal. Interest in oil intensifies throughout the world.

From the Russian empire to Europe and to north America the first modern trading location.

In the united states this causes the rush of black gold and the country becomes the largest oil producer in the world. Initially distilled oil replaces the burning of whale oil that used in the lamp , it offers better calorific oil than coal and easier to transport than gas.

Oil consumption rises in earlier 20th century especially in the field of transport with the development of automobiles, reconversion of ship engines and in the aviation sector.

Crude oil once extracted its send to refinery to separate hydrocarbons as needed. The lighter molecules such as LPG gas is evaporated to the top of the distillation column where the temp around 20*C.

Between temp 30-105*C gasoline for car is produced.

Between 105-160*C naphtha is created which is used in petrochemical fields to produce plastics, drugs and cosmetics.

Between 160-230*C kerosene-based fuel is obtained used for aviation.

Between 230-425*C diesel for cars and heating oil for domestic purposes. Finally, the thick high Sulphur residue will be heated above 450*C to form heavy fuel oil used by ships.

Crude oil is transported in barrels with the capacity of 42 US gallons/159litres. The barrel thus became unit for setting oil prices.

More and more oil deposit discovery are made worldwide especially in Venezuela which become the second largest oil producer while America was first.

In the middle east where the Britain is present (1931) western company seize a new market. During world war II (1940-45) demand for oil skyrockets and the resource become major international issue.

At the end of the war signs an aligns with Saudi Arabia, Guaranteeing security of the country in return to privilege access in its oil.

As the UK withdraw from middle east in 1972 security in those regions has provided by Iran and Saudi Arabia which are armed by western countries.

After the war between Israel, Egypt and Syria oil has been used as political weapon and oil restriction imposed in Israel and production slows to inflate the oil price.

It is the first oil crisis which hates industrialize countries whose economy is based on black gold So countries trying to reduce their oil consumption and invest in alternatives such as nuclear, hydropower. Still the oil crisis globally going on which gives effect on price of oil.

With more demand for oil its price rises again. The unconventional exploitation of petroleum becomes profitable

despite the difficulty in pumping and treatment. Thus, in Canada and Venezuela oil companies are rely on exploitation of huge oil sand deposits.As this thick bitumen found in earth surfaces forests are erased to extract the oil. It is more expensive and highly polluting techniques. Now offshore extraction is providing 30% global production of oil.

Fracking technologies are used to extract the oil which are eliminates the oil spillages and reducing the sea pollution.

These oil particles are placed between different layers of solid rocks, fluid is injected with high pressure to break the rock and release the black gold which then pumped.

This methodology causes the global production to explode.

With oil abundant and cheap world consumption continuous to rise and approach one hundred million barrel per day. Two third of oil used in transportation industries is the main emitter of CO2.

America consumes more oil than any other countries in the world. 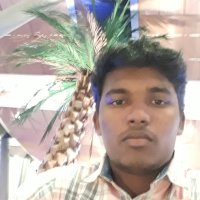